Clocks and callenders – not only tick time forwards, but also nudge us to review what we’ve done. So as we embark on a year full of potential adventures, I’m considering what 12 months as an Ordnance Survey GetOutside Champion have taught me about the things that matter: people and places, health and happiness, and prompting change.

What a bunch – some of the Ordnance Survey 2017 #GetOutside Champions, first met way back in January. Over the year they’ve inspired us to be active in what’s probably the best way: by doing things – sometimes big, sometimes apparently small.

My GetOutside year has also seen me bivvying on a beach beside a big driftwood fire with adventure buddies the Two Blondes and Ju Lewis, and sea-kayaking in Cornwall for one blissfully beautiful weekend with Erin Bastian and Anna Blackwell – the kinds of adventures that you know will prompt you to do more.

And then there was the Wild Night Out. This inspiration for families across the country to try sleeping outside set me thinking back to my family’s GetOutside adventures when I was a child.

The Yukon, Scotland, the Peak District and my beloved West Country – my GetOutside year has seen me travel half way around the globe. But perhaps the biggest GetOutside inspirations have been those closer to home: sea-swimming off Plymouth Sound, riding the surf on Devon and Cornish coasts, kayaking, wild camping on Dartmoor – all of these extraordinary adventures so close to home.

Being fit and healthy is relative. For some it’s an ultra marathon but for many of us it’s more about getting outside and getting those limbs working. And pulling on those hiking boots led to three articles for Ordnance Survey: Five Classic West Country Winter Walks; Three Great Coastal Circular Walks and The South West Coast Path, 10 of the Best Bits.

Getting outside for me is also about doing a little more than you’ve done before. Which led to my first biathlon – quite a stretch for a far from adept sea swimmer and a not particularly keen on running friend.

2017 was also the year I began to really work at my climbing and getting tuition and putting in the hours really paid off – a source of huge satisfaction.

And that’s a timely reminder to myself that being healthy and spending time outside quite simply makes me happy. Something about broad horizons and a connection to the natural world lightens a mood and puts things in perspective – a real inspiration to GetOutside.

I’m very, very lucky to be a Media Leader with the frankly awesome youth development charity, the British Exploring Society. This year that took us on an expedition to the Canadian Yukon – five extraordinary weeks of wilderness camping, trekking, canoeing, wildlife-spotting and marvelling at skies full of stars where the Northern Lights danced. For the video, click here.

Of course, you don’t have to travel around the world to prompt or experience change. For the competitors in the British Exploring Challenge, that transformation happened on Dartmoor, in an event where contestants demonstrated extraordinary guts and staying power.

It was the work of this charity and the people involved that led to my award of Advocate for the Council for Learning Outside the Classroom – really a recognition of the effort of a massive team which prompts profound change by communicating skills outside.

I experienced the learning side of this first hand on a fabulous weekend developing map reading skills with the Ordnance Survey Champions in the Peak District. High hills, contour lines, learning and squelching through bogs.

One way or another, it’s always exciting when you #GetOutside 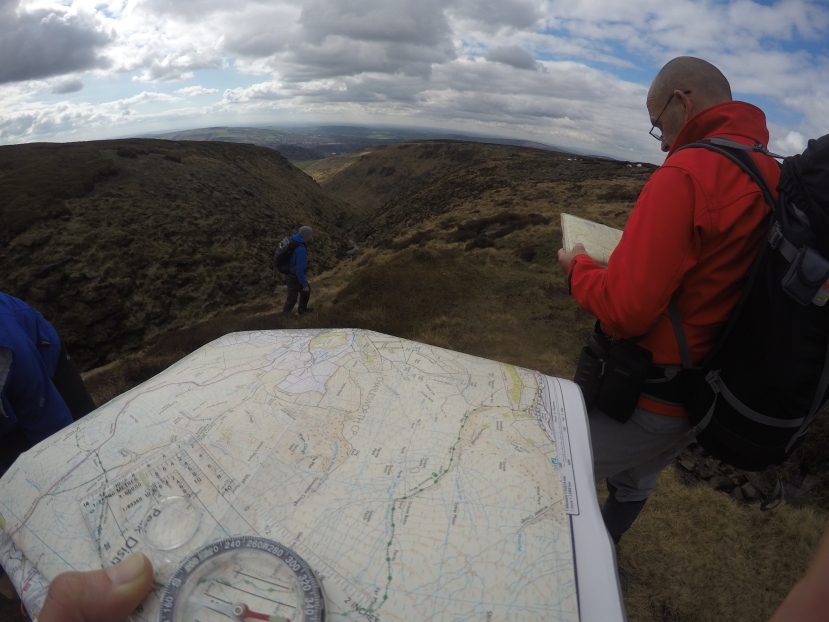